First of May: an anecdotal comparison

Ever since I have a political opinion, I took part in the demonstrations for the First of May in Turin (in the north-west of Italy). Today instead I participated in the celebrations in Kristiansand (Norway) and – thanks to some friends – I was even able to understand part of what was going on. I just wanted to write down some notes to highlight the similarities and differences I noticed.

The very first similarity was the mood. The sort of excitment of a day that is not just a holiday, but an occasion to meet people sharing with you the willingness to do something – in all possible shades of it – and the awarness of being part of a family of movements spanning through centuries of struggles. We are only the kids, of course.

The other similarity is uncertainty, mainly about the current war in Ucraine. Walking on the thin line between acknowledging an illegitimate aggression, advocating for peace and still retaining a critical position towards NATO is difficult. The more so when the difference between populations and governments fades out in the debate. Try to remember that we are not always required to come up with a ready-made solution in order to hold a legitimate opinion is difficult too. 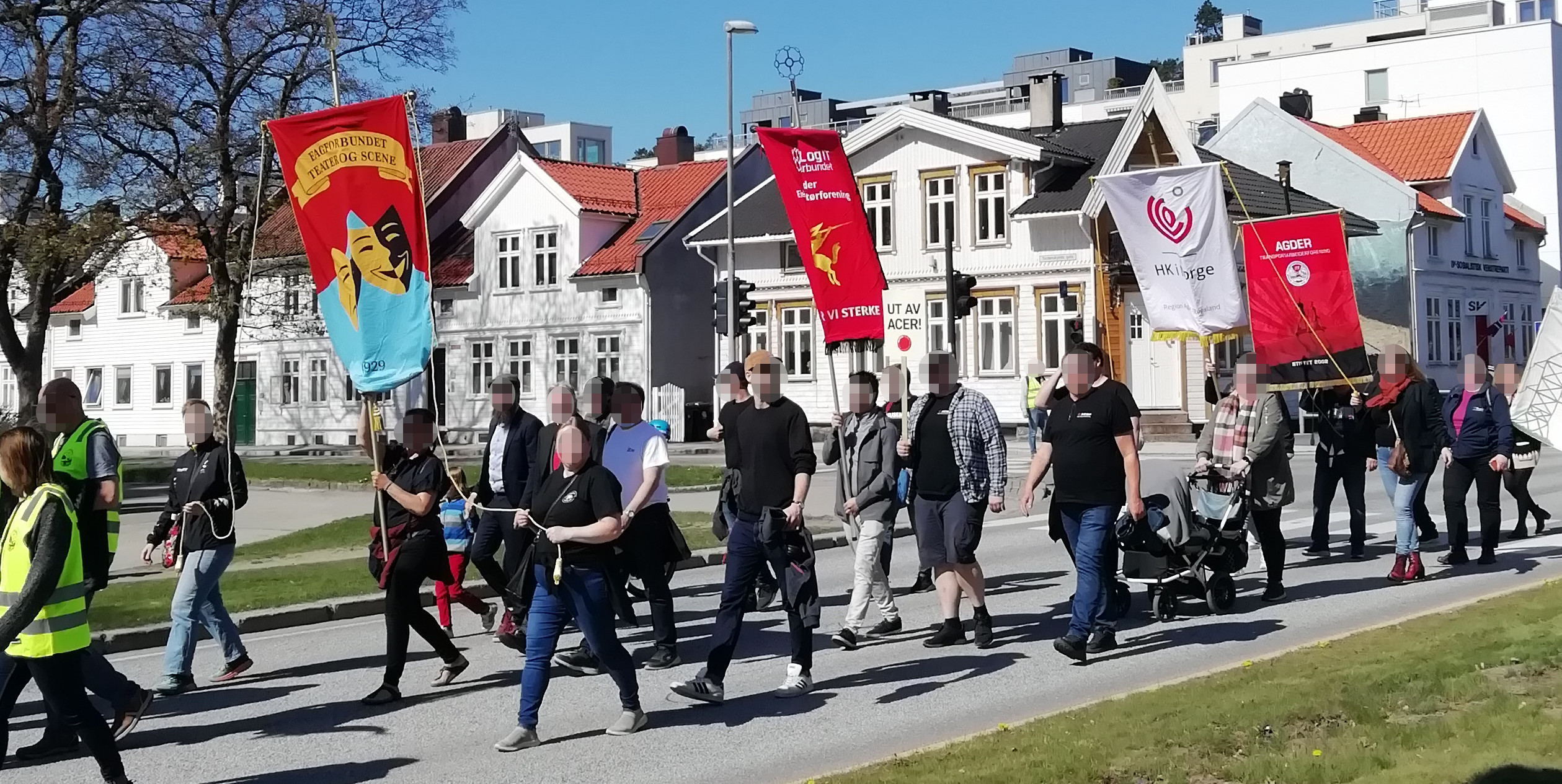 Here is more or less where the similarities stop.

I reach the meeting point, a war memorial with the names of the dead from the city. The band is practicing in a corner. People arrive carrying flags and banners spanning from the dockers union, to the various political groups and associations, up to the leftwing parties.

I receive a message from Turin. The parade there in the last years has always been divided by a line of police. In the front the main unions and the Democrats. The center-left block that moved increasingly to the right, enacting neoliberal policies and gradually dismantling the welfare state and workers’ rights. Behind them the diverse galaxy of small unions, collectives, students, associations and movements of the left. Of course, very critical and vocal towards the head of the march. Apparently this year – after a while – the police are letting the two parts of the parade join and walk together towards the square where the stage is. It’s unusual, but seems like a good news. 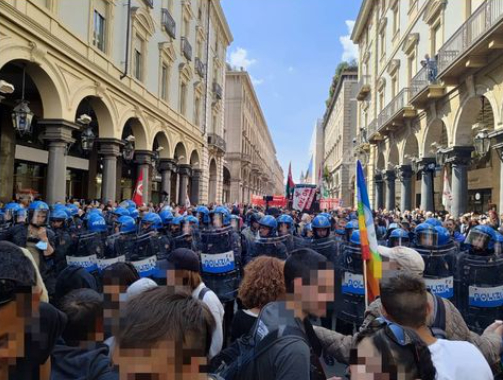 Back in Kristiansand, the band is playing The Internationale. Another difference. I’ve never actually been to the official part of the commemoration in Turin, but I struggle to imagine them playing that song. After a brief speech, the march starts. The parade is of course divided into groups by the flags and the banners, but everyone is chatting, the band is playing and the weather is good.

During the brief march I try to grasp something of the norwegian politics from my friends. Apparently the left is historically critical of the EU and against joining it. Guess what, the main reason they bring is over-bureaucratization and the lack of democratic control over the institutions. Some issues are clear even from the outside. Another controversial point is an agreement about energy exports that increases national prices. Norway also has a protectionist approach towards the internal agriculture that is keeping the countryside alive, the downside – also given the insufficient production and the need to import a lot – are, again, the high prices. 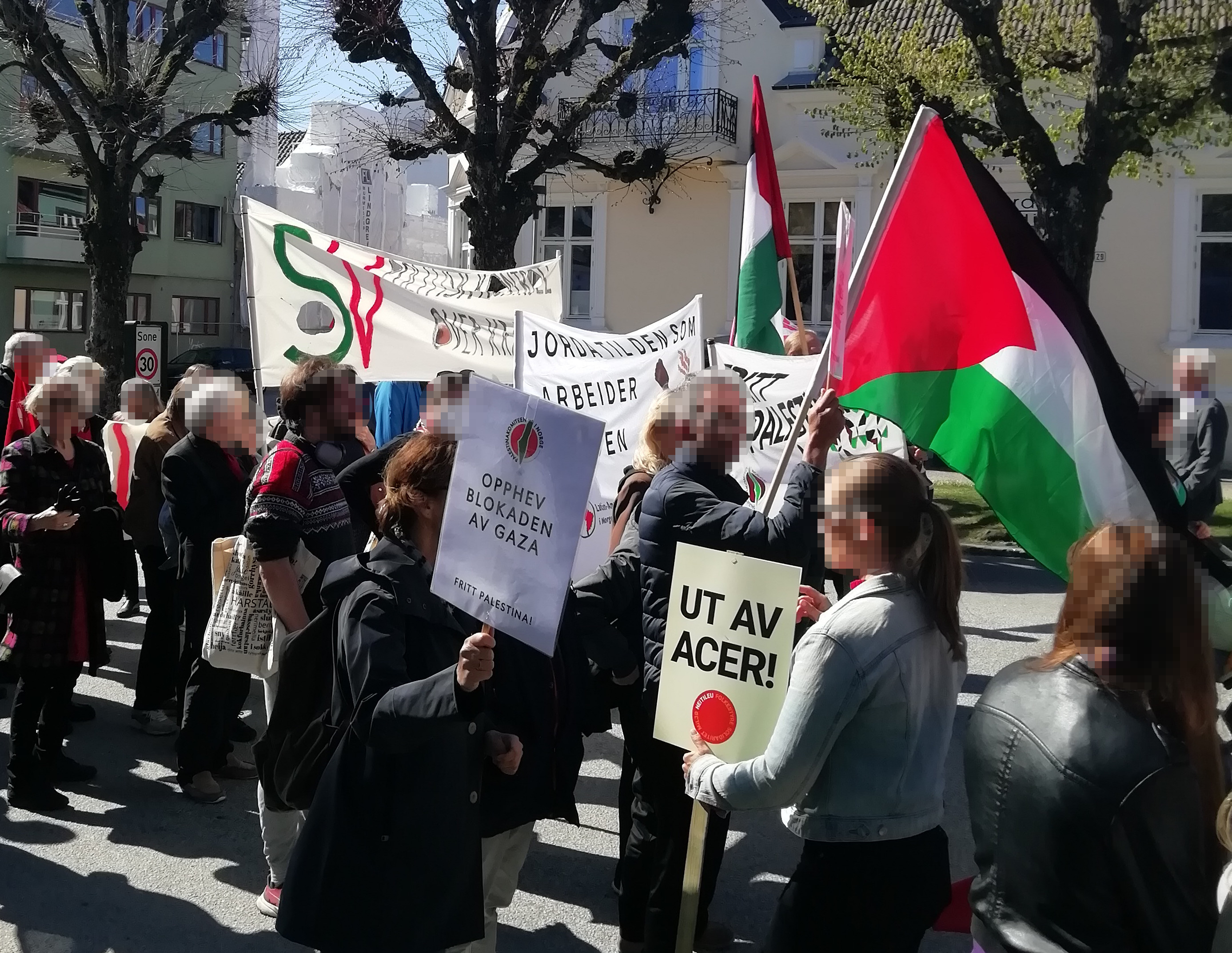 We finally reach the main square where the speeches start. Thanks to some real-time translations I get a general idea of the topics: from the housing market to the privatization of the railways, up to the gender gap. I don’t need any particular translation to grasp sparse words like “comrades” and “capitalism”. Differences again. These words are too compromised to be used in the official celebrations in Italy, let’s settle for “work”, if it’s not already too extreme.

A girl with a hijab is speaking from the stage when I receive the second message from Turin. The police are preventing the tail of the parade from accessing the square by charging and beating them. I receive a picture of blood on the street pavement. Nothing new, almost a tradition at this point. Criticizing and holding the “officials” accountable for their political positions is too much to ask apparently. I ask news about some of the people I know, to be sure they are ok. 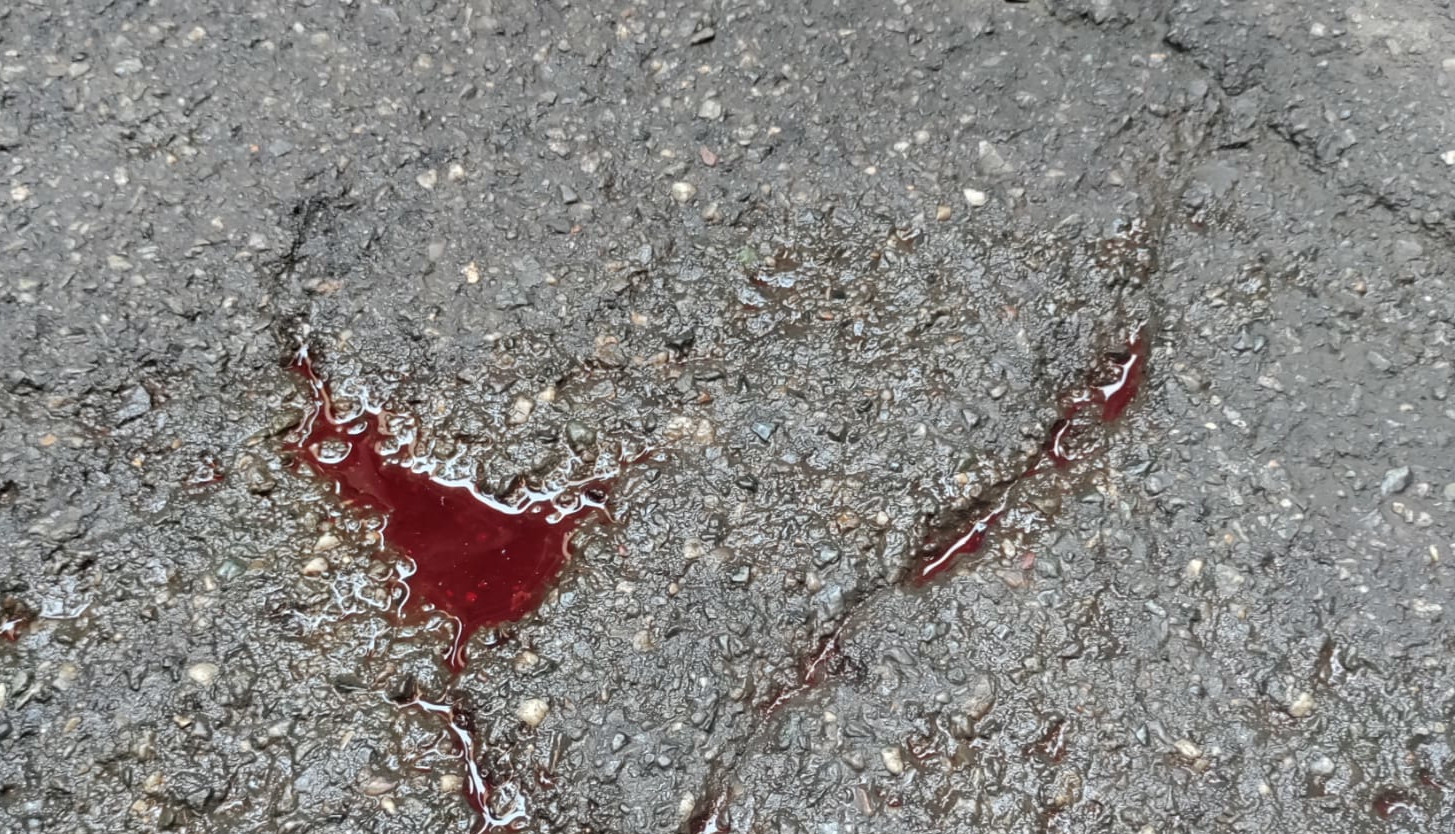 When the member of parliament from the “Reds” finishes the last speech – I guess they deliberately gave space to less known speakers first – the gathering gradually dissolves. For a while I keep chatting both live and online. Some time later we move behind the church, where the memorial for the victims of the Utøya attack is. A brief speech, some flowers. We recognize the first members of the Labor party, unfortunately quite similar to the italian Democrats. They tell me it’s strange to notice them only now, they are usually more present at the First of May celebrations. In any case the victims of the attack were young members of the party, so it makes sense they are here. After the crown of flowers is placed near the memorial – equal to many others in Norway – the people leave in silence.

It’s still a very nice sunny day and we stop to chat for a while in the square. Maybe we should have a coffee together.

Talking about news coverage, Italian speakers will be able to appreciate the irony of broadcasting images of protesters beaten up while describing them as a threat to public security. Here and here (from min 3.10) some examples. Notice also the presence of a former fighter in the Resistence, condemning the police violence.

Another detail that might be surprising to some people, is the fact that injured protesters are reluctant to go to an hospital to be treated unless strictly necessary. It’s the most direct way to be identified, charged for resistence and put on trial.